Reflections from Pastor Rick: The Power of an Indestructible Life

The central message of our faith is that God—in the work of his Son—has triumphed over death. Death is an enemy.  It is the illegitimate offspring of the devil’s rebellion. Death is never seen in Scripture as “a natural part of life.” Death is never seen as God’s ultimate good will or part of his highest and best plan for humanity. It is the very opposite of life—and God is the God of life.

Death has been too much with us these past few weeks. We experienced two very untimely and tragic deaths in our Wellspring family—Matthew Jednyak and Amy and Will Harris’ son, Dean. Both were fathers; both died way too young. Both of their lives were celebrated well in memorial services at Wellspring. I am grateful to have been part of those services; but would have much preferred that they had not been necessary. Then, just this past weekend, I flew home to Cincinnati to take a memorial service for my mother’s cousin. He had lived a full and rich life; but was healthy until he suffered a heart episode and never regained consciousness. And in the midst of all of that, I was helping Wendy Coy navigate the passage from active cancer treatment to hospice for Phil. Then Phil passed away on Saturday morning. Too much death and dying.

All of this death and dying has caused me to go back to the Scriptures—sometimes for preparing messages; sometimes for personal edification. I want to share some of the fruit of those reflections with you in the middle of this holiest of weeks for Christian believers. On Good Friday we remember that our Savior tasted death for us by choosing to go to the cross. And then, as Jesus himself had prophesied, on the third day God raised Jesus from the dead, vindicating Jesus’ obedient life and sacrificial death on the cross. All of our faith is centered upon these two great saving acts.

One of the texts that so illuminates this perspective is found in John 11, when Jesus raises Lazarus from the grave. John’s gospel gives us some very powerful insights into Jesus’ inner reflections and emotions upon arriving at the home of his friends, Mary and Martha and Lazarus, on the occasion of Lazarus’ passing. John 11:33 says that, upon intersecting the scene of grief and mourning around Lazarus’ tomb, Jesus “was deeply moved in spirit and troubled.” These two statements about Jesus’ emotions are very revealing. They both are expressed in a form that places emphasis upon what is going on inside Jesus. The word translated “deeply moved” is usually associated with indignation or anger. Jesus is indignant in his spirit. Why? At what? He is indignant with death! It has robbed his friend of life and he is angry. The other word, translated “troubled,” could be paraphrased “all broken up inside.” Two verses later John records that these feelings moved Jesus to tears, he wept as he approached the tomb where Lazarus’ body had been laid.

These word pictures clearly reveal Jesus’ shared humanity with us in the face of the loss of one he called friend. But Scripture also tells us that Christ is the perfect representation of who God is, revealed in human form and frame (Colossians 1:15; Hebrews 1:1-3). In other words, as Jesus himself said (John 14:9), when we look at Jesus we see what God is like. So how does God feel about death? It moves him to indignation! It troubles him deeply with sadness and sorrow. He hates it! The God of the Bible is never pictured in terms of Aristotle’s “unmoved mover.” No, God feels; he is not impassive. In fact, it is his passion that moves him to act.

In I Corinthians 15:26, Paul tells us that death is an enemy that God is intent upon destroying fully and completely before the work of redemption can be called complete. That work of defeating death was initiated in the strangest of ways. The Lord set about to defeat death by facing it head on–by dying. He did so in order to disarm the power of death by experiencing it in the person of his Son. Jesus died for us. That is the gospel. He died in our place; he died to experience our punishment for sin; he died in the confident hope that God would vindicate his sacrifice and raise him from the dead.

This is what Jesus proclaimed to Martha and Mary when he approached their home on the occasion of Lazarus’ passing. “I am the resurrection and the life!” he declared. “He who believes in me will live, even though he dies; and whoever lives and believes in me will never die (i.e. never be overcome by death).” Jesus did not pat the sisters upon the hands and say, “Well, you know that death is only a natural part of life.” He did not say, “My Father needed Lazarus in heaven.” He did not say, “This is all part of my Father’s perfect plan.” NO! Rather he got all broken up inside and became indignant at the thief called death. Jesus, then in what appears to be the final recorded miracle of his ministry, raises Lazarus from the tomb.

In John’s gospel this miracle is featured as the prelude to Jesus’ own passion and death—and to his being raised by the Father on the third day. This is the gospel—Jesus triumphs over the works of the devil—sin and death—by going to the cross on our behalf, trusting God to raise him from the dead. This is what we celebrate this Holy Week. And this is what we celebrate every day of our lives here as we wait for that final victory over death that will be accomplished when Christ returns and completely reverses the effects of the curse that has come upon God’s creation through humanity’s sin.

In the meantime, when death breaks into our lives and the lives of those we love, we grieve. But we do not grieve as those who have no hope (I Thessalonians 4:13); or with made-up hopes that somehow try to naturalize death. No, we can be indignant at death and we can be broken up inside over the pain of separation and loss. But we do not grieve alone, because the Lord is with us in the process. He is our ally against the enemy called death. Nor do we grieve without hope. Because, as hard a reality as death is; there is the greater reality of the victory of the One who is the resurrection and the life. Because of what he has done in overcoming death we carry within us the power of his indestructible life (Hebrews 7:16) within us! And that is good news.

Have a Blessed Resurrection Celebration! 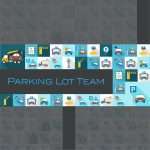 Thank You for Parking at Mooreland Hill SchoolGeneral News