Pastor Rick has served Wellspring Church as senior pastor since 1986. He has two theological degrees from Bethel Seminary in Minnesota, where he also taught as an adjunct professor in preaching. In recent years he has been involved in the emerging global prayer movement as a partner in InterPrayer, an international ministry fellowship of prayer leaders from several nations. During that same time he has been used by God to call pastors and churches together for persevering revival prayer and for Kingdom breakthrough in Connecticut. He is passionate about seeing heaven-sent revival come to New England once again in his lifetime. Pastor Rick and Debbie have been married over 39 years and have five children (one by marriage) and six grandchildren (Eli, Hannah, Ezra, Jonah, Ruth. and Charlie). Debbie is the leader in Bethesda, the healing prayer ministry of Wellspring. Pastor Rick is an amateur decoy woodcarver and an avid supporter of Ohio State football, the Cincinnati Reds (he grew up in southern Ohio and has never recovered) and UCONN basketball. 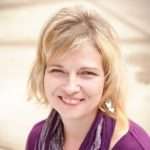 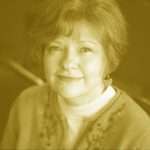